Auction sales of established homes in Sydney and Melbourne remained strong on the weekend amid signs that investor lending restrictions for off-the-plan sales are starting to bite.

A shortage of owner-occupier housing close to the centres of Australia’s major cities continues to work to push prices up in those areas.

Auction clearance rates in capital cities hit record highs again on the weekend, with Sydney at 83.9 per cent and Melbourne on 75.9 per cent, according to Corelogic.

Domain Group’s clearance rates for the week reached 79 per cent and 78 per cent for Sydney and Melbourne respectively. 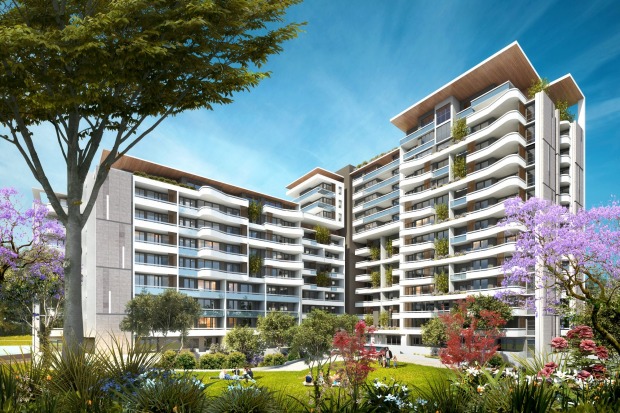 Securing a property in the highly competitive Sydney market is starting to take a toll on buyers, according to Raine & Horne’s Director of Auctions James Pratt.

“One buyer [at an auction] broke down crying after the auction,” he said. “She had looked at so many properties, and was glad it was over. She was very stressed.”

That buyer – a first-time purchaser – secured a one-bedroom apartment at 3/96 Victoria Street, Ashfield, in inner west Sydney, for $605,000.

Prospective buyers of established properties appeared little affected by out-of-cycle mortgage rate rises last week from Westpac and the National Bank of Australia, which targeted both owner-occupiers and investors.

Mr Pratt said buyers were more concerned with buying “right now” as prices continued to rise rather than with what the banks were doing. 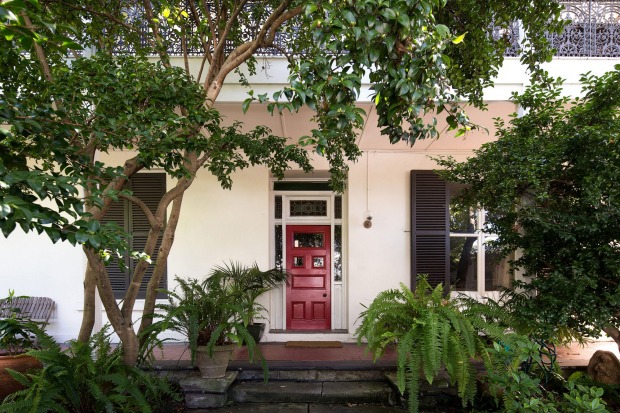 Another auctioneer, David Scholes, said that any flow-on effect to changes in mortgage rates would not occur for a few weeks, if at all.

“Many loans on the weekend have been pre-approved,” he said. “As far as we are concerned, the market is resilient and holding up very well.”

“In a couple of auctions I did on Saturday we had the same people missing out in the morning and in the afternoon.”

Earlier in the week, Mr Scholes sold every LJ Hooker Mosman property that went under the hammer, he said. 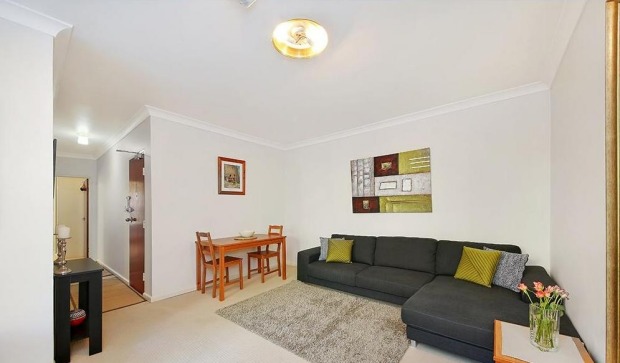 This one-bedroom apartment at 3/96 Victoria Street, Ashfield, in inner-west Sydney, sold for $605,000.Supplied

A total of 21 properties in Sydney’s lower north shore were put to auction with half sold at auction and the others sold prior to auction, Mr Scholes said.

Buyers are not just waiting for the weekend to part with their money, with a weekday Raine & Horne Marrickville auction of 11 properties achieving a 90 per cent clearance rate.

A group of inner-west Sydney properties – at 24 Waratah Street, Leichhardt, 12/16-18 Nicholson Street, Balmain East, and 6/1-7 Macaulay Road, Stanmore – put on the market by Belle Property attracted groups of 140 to 200 during inspections. All sold above reserve on the weekend.

Auctioneers said that stock levels were falling in the lead-up to the Easter weekend. “There’s a lack of stock again,” Mr Scholes said.

“Stock started out strong at the start of the year, but with Anzac Day and Easter looming, April doesn’t look very good and then we go into winter.”

The Melbourne market was also buoyant on the weekend, although the pace of buying was less frantic than Sydney, according to buyer’s agent David Morrell.

“Leading up to Easter you can’t do anything or you will overpay. You might see more stock after Easter.”

In contrast, Chinese developer YMCI’s “soft launch” of the first stage of its new 3000-apartment project, “Ovation Quarter”, in the Sydney Olympic Park area saw active interest but a relatively calm atmosphere compared with the “Boxing Day” style queues of buyers waiting to grab new apartments that marked launch days in 2014 and 2015 .

Interest in all units

Instead, buyers appeared to deliberate over the 170 one-, two- and three-bedroom apartments offered for sale.

According to sales and marketing director Tony Abboud, AYMCI – the local subsidiary of YMCI – has received expressions of interest for all units.

Mr Abboud said the apparently changed investor approach to off-the-plan sales was a welcome relief and would ensure only “legitimate” buyers with guaranteed funding put their names down for apartments.

The Ovation Quarter project is in the NSW state government’s Carter Street priority growth precinct in Sydney’s west and will include a new public school and town centre.

This article was originally published by Su-Lin Tan on the 19 March 2017 via afr.com.au