The housing markets in Sydney and Melbourne are all starting to recover, according to valuation firm Herron Todd White.

Their October National Property Clock sees them move from the bottom of the market to starting to recover.

Sydney only spent one month at the bottom of the housing market with their bounce back in prices being sharp.

The outer suburbs of the capitals are again catching on the coat tails of their bigger neighbours.

The likes of Geelong outside of Melbourne and Newcastle and the Illawarra region outside of Sydney are also starting to recover.

The Illawarra went straight from approaching the bottom of the market to starting their recover. 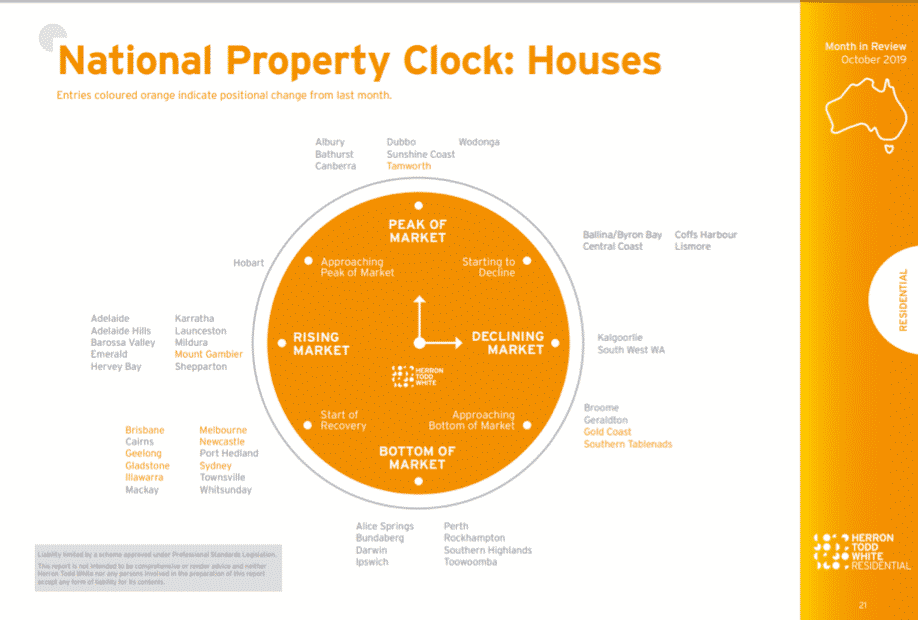 The Gold Coast housing market is now approaching the bottom, having previously been a declining market.

The Byron Bay and Ballina Shire housing market is still starting its decline, while Tamworth in north east NSW is now at the peak of the market.

Having said that, there are some 420 suburbs that make up the very complex and fragmented Melbourne property market, consisting of 8 separate independent markets, with many suburbs underperforming the average!

So, let me ask you a question, do you have the skills and knowledge to correctly identify the very best long-term capital growth areas in Melbourne right now?

Join me and 40 likeminded property investors at the next Real Estate Investing Fast Track Weekend!

Seats are strictly limited so book NOW in order to avoid future disappointment!